My Path So Far

My first experience with computer started in late 1997. Internet was still new and hype for many back then. I remember paying MYR1 for an hour of internet surfing at the nearby cybercafe. Since then, my interest in computer and internet blossomed quickly. 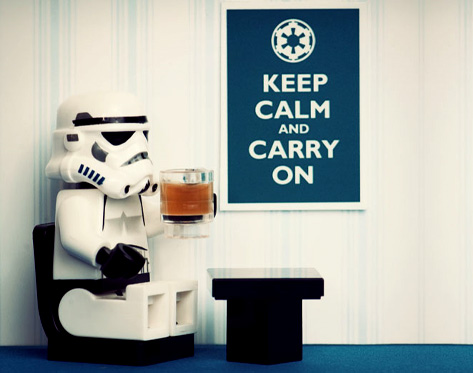 That was the era of addictiveness to Internet Relay Chat for windows or better known as mIRC. I did my very first mIRC Remotes against room menace such as spammers and abusive operators. That was the start of my programming experience.

In 2006, while studying at UniKL Malaysian Institute of Information Technology (UniKL MIIT), I learned to code in C++ and Java. I also did some part-timing, working on simple image processing. It was then that I recognized the importance of web image optimizing and how many different factors affect website load time. I also did some odd jobs at editing content in Joomla. That gave me a whole load of insight as to how Joomla works with HTML and CSS.

I was having my internship with a data company in KL when I was asked to try out the position of Front-End Developer at Stampede. Being an undergraduate, seeing real web developers in action has always interests me so I jumped on the plane to meet the lead developer, Dov. With what very little knowledge in programming, I absorbed the work culture and training pretty quickly.

Throughout the learning process in April 2009, I was in Langkawi during the weekends and then hurry back to KL for my internship work during weekdays. Because of the limited time, most of my practice happened remotely.

Dov taught me a few essential front-end guidelines that are important to Stampede: paying very close attention to design details in PSD artwork, W3C validation, cross-browser testing, semantic code and proper documentation among all. Most importantly, he also encouraged me to Google things up to build my web vocabulary.

Under Dov’s guidance, I began work with my first project. It was for one of our clients in the US. I didn’t look back. Back in KL, I started to explore more about HTML/CSS. I’ve found that the only way to truly master building front-end pages is through a lot of practice. So practice and practice I did.

As a rookie, I did encounter issues that I was too green to fix myself. But then again, I have Google. During my first few months at Stampede, I relied heavily on Google and the rest are pure trial-and-error until I’m satisfied that the issues are fixed. Like most of us, I was having a hard time trying to render everything correctly on IE6 and IE7. I didn’t know that Stampede used to cater to IE 5.5 even!

How It Has Been

I think that a front-end developer holds a very unique position in a team. You have to be well-versed in both design and web programming. You need to know what the web designer wants to achieve and how to build the code efficiently for the web programmer. We’re very particular about design details (whitespace, text leading, typography etc) and it’s a very rewarding challenge for me to build webpages that are as accurate to the artwork as possible while still keeping them organized, efficient and valid. We are a company of perfectionists and working in this team has made me one too.

The Road From Here On

Despite the workload, learning new things is necessary too. You shouldn’t get too comfortable with the knowledge you have at present. Take the initiative to try something new and see how far you can go. I’m now going into some Javascripting and using frameworks like Mootools and jQuery. XHTML/CSS templating into Joomla is next on my list. Huge thanks to my Stampede team for their encouragement and guidance.

So that’s my story of how I became Stampede’s front-end developer. How about you? What’s your story?

An Android purist, Syazwan can be seen at his regular hangout place chanting and shrieking over Manchester United matches. At work, he matches design artwork into a fully functional website with pixel perfection. Holler to Iwan over at Twitter.