A City of Our Own Part III: Kajang

We know every place tells a different story. Here I wish to share a bit of story about my beloved hometown. I was born in 1990 in a place known as the “Satay Town” of Malaysia which is Kajang. Kajang is in the eastern part of Selangor and located 21km from the capital of Malaysia, Kuala Lumpur. First settlement was established in 1709 by the natives. Well you can gain this information from the National Archive or more conveniently from Wikipedia. 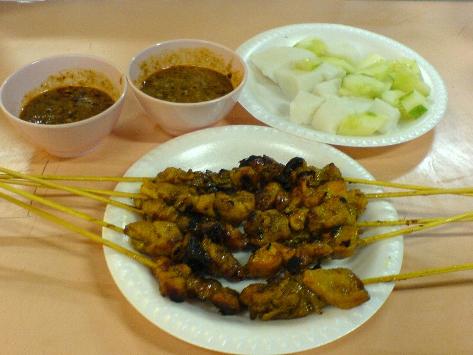 What I‘m going to share with everyone is not about the present days of my hometown but more interestingly, about the old days of Kajang based on the first-hand account of my father. That‘s right, he was also born in Kajang in the late 60‘s. During his childhood, he was raised by his mother and late grandmother together with his brother, uncle and aunt in a house located in a village named Sungai Kantan. 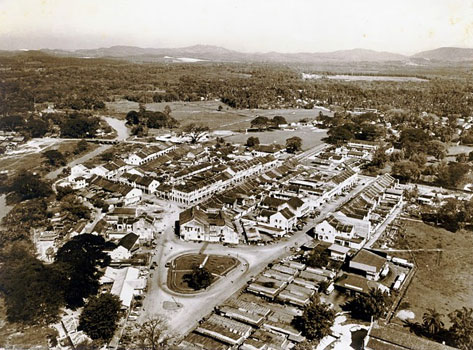 According to my father, during his childhood, Kajang was a quiet town where not many things happened during the day other than people doing routines to support their families. Then, there was a “roundabout” road in the middle of the town, where Metro Kajang is now. My father told me that his late uncle, not wearing any helmet, would ride his vintage Ducati bike very fast around the “roundabout” to impress his friends with his bike skills. Nearby, was the famous “satay” seller in Kajang called Tasmin and the price for a stick of satay during that time was only 15 cents. The meat was skewed with veins of coconut palm frond instead of bamboo.

There were two big cinemas in Kajang town. One was built by the British before the Second World War, which was then turned into a school by the Japanese during their occupation of Malaya and made everyone sing the Japanese national anthem every morning. Thus it got named the National Cinema. Back then when movie tickets were really cheap, it was one of my father‘s favorite places to visit with his mates on Saturdays.

The other cinema was the Sun Cinema which was also located nearby the National Cinema. It was built after the independence of Malaya most probably in the mid 60‘s. Today both cinemas were no longer around. The National cinema was demolished to make way for Metro shopping complex while the Sun cinema has been converted to a Buddhist temple.

Despite the rapid development in Kajang, we can still see buildings that were built in the 1920‘s. It is because the Kajang Municipal council has decided not to demolish the old buildings to conserve the rich heritage of the town. Over time, this introduced congestions. Well you can imagine the combinations of old and modern buildings being “patched” up together in a small town, where the roads are mostly not systematic, the populations grow in rapid figures, causing massive traffic jams most of the time. Fortunately, now since they have built the Silk highway, the traffic jam has been reduced quite significantly.

In the outskirt of Kajang town back in those days, lays a few villages where the Malays, Chinese and Indians dwells. The Sungai Chua village was mostly populated by Chinese, Sungai Kantan and Sungai Ramal villages by the Malays and Kajang estate, Brummah estate by the Indians. They were all separated by the British according to their races. Now, most of the villages have been replaced by new housing estates and shopping complex. During my father‘s teenage years, he used to go fishing at old mining pools near Sungai Kantan. He said, you can choose any pools you like, and fish whatever fresh water fish that you like. Further up from the old mining pools there was a stream which the locals called “jeram” that my father and his friends used to swim together and enjoyed the tranquility of the surroundings.

That was yester years, a long time ago. Now they were gone forever. The hills and greeneries have been replaced by highways. The old mining pools have been filled with land and housing estates were built on top of it. Last time, during the day, you can feel the freshness of air around you. You can drink the fresh water from the “jeram” without even boiling it. You can easily catch all sort of fresh water fishes like the Tilapia and Lampam. Now no more. “Oh! How I missed that time so much” said my father.

As I said earlier, I was born in 1990, and there isn‘t much I can tell about modern-day Kajang than the information that is in the Internet. The Kajang which I am living now is no longer green or tranquil.  All that is left are the old buildings which are the main cause of the jams. Besides that everything has changed.

Well that‘s a bit about Kajang, now and before.  I do hope we cherish our green earth that we lived in for a better living tomorrow.

Perpetually well-mannered, our very own Apple fanboy Mujib can also be seen striking one's chords off at one of his percussion sessions. Mujib collects things he loves at his Tumblr and talks about stuffs on Twitter.

A City of Our Own X: Leyte