It’s still January. Let me see if can get away with writing about the old times.

I have been hitting Google hard this month planning for another Stampede team vacation this year. We went to Bali in 2008 (was that trip awesome or what?) but missed our window last year with a pace that I can only describe as a speed that will leave you shaking in the aftermath if it doesn’t break your neck already. 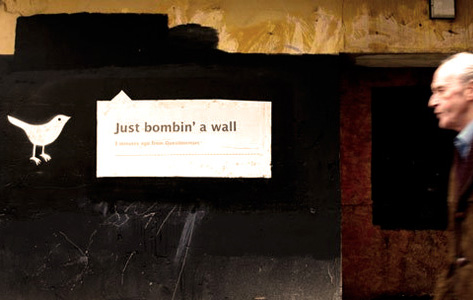 2009 was the year that we take in new clients, bigger projects and better work relationship with our existing clients. It was also a year of big commitment from everyone in the team. We now have a full-time project manager who just loves her job, a front-end developer with faster support and we have just added a new web developer to the bunch.

I have been active on Twitter, so does Anita and Shaiful. Dov is yet to be convinced about social media – a pity because his witty remarks would warrant more followers in a day that any of us would.

There were high-profile projects that we can’t mention, smaller projects that turned out huge and picked up by design galleries. We were also honored to work on the UI of JomSocial – Joomla’s own social networking extension. There were also a few big projects we had to decline in earnest because they didn’t feel, well, Stampede material.

If you know Stampede, you know that our team is a big deal to us. We’re very protective of their interest. Their challenge and passion are big factors in mapping our growth. And we don’t plan to grow insensibly. But above all, we value the perfectionists in them.

2009 was the year that we recruited most and unfortunately had to let most go too. Call it incompatibility or us being singularly selective, but the truth is a great team is only as good as the weakest link. I believe in investing in our people but I also learned that when the chemistry is not right, you will know it early.

We also extended support and guidance to our people who left to venture out on their own. You don’t work with us and leave without a footprint.

As naive as it sounds, you CAN have both a professional and personal team. I am very proud of our people. If the nurturing and foundation is right, they will have the foresight to do good job and be creative with their own work. Nudge them to the right direction once in a while, then watch how they raise their own bar higher. Once you strip down a company to its bare essentials, good people truly is the best asset you can have to reach new heights.