I’m hooked with Twitter. I tweet in the morning, afternoon and night. I tweet at home, in the office, at my parent’s, in the car and anywhere civilized to do so. How this twittering twit get to me, I have no idea. Maybe I’d twitter it up. 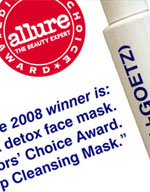 Dov has been working almost full-time on the new (Malin+Goetz) website for the last 6 months. It launched last October with a fully-featured Virtuemart-powered store – far cry from it’s OSCommerce days. It was a long and serious project. And I’m happy it was.

This one opens up possibilities to so many other ways of approaching the management of project and doing it right. We had statement of work revisits, wireframe sessions, design revisions, typography galore, extended e-commerce features, conference, conference and more conference.

And that goes without saying that Andrew Goetz and Matthew Malin of (Malin+Goetz) are particularly fantastic to work with. This is the closest Stampede has ever worked with a client thus far in terms of defining requirements and refining deliverables.

You can imagine our big thrill when it goes live. It was a lot of “la-la-la” and some barely audible “phew”.

On another note, we have started the uphill battle of RainforestAid. To give it the attention it deserves while not diminishing the source of funding from Stampede (!), I now work exclusively on RainforestAid material every Saturday of the week. It’s so addictive that I caught myself trying to steal extra time everyday to do more research and catch up with my reading.

Sounds mundane? Not if you live here on this heavenly island and see it’s beautiful rainforest stripped bare day after day. And then you go to the mainland and apparently all these cutting down forest irresponsibly is all very “normal” and people don’t see “what the fuss is all about”.

RainforestAid is a brainchild of Irshad Mobarak, a naturalist, conservationist and all in all, a great man. It’s a joint-venture between Stampede and Junglewalla and we aim to help reverse the damage done to Southeast Asia’s rainforest from non-sustainable human practices that is so prevalent and sometimes government-endorsed in this part of the world.

Thank you to those who have written their support and offer to contribute as RainforestAid writer and researcher. We now have 4 environmental journalists doing research work and reporting from all over the globe (oohs-and-aahs-adoration goes to Neil, Morgan, Suzanne and Cinnamon) with a few more on the list. It’s humbling to see how this small effort of ours gains so much intellectual and motivational support in such short time.

On a last note, a sad but hopeful farewell to Renee Chung, our xhtml/css extraordinaire who has left to pursue a different path in life. When everybody else would have thrown in the towel and get in their gaming mode, Renee would sit down and plow on until she can’t feel her legs. That’s commitment. So cheers to Renee – may life always smiles sweetly on her. We’ll have you back anytime, girl!